4 Reasons Dog is a Man’s Best Friend as Shown in Jasper: The Wonder Dog 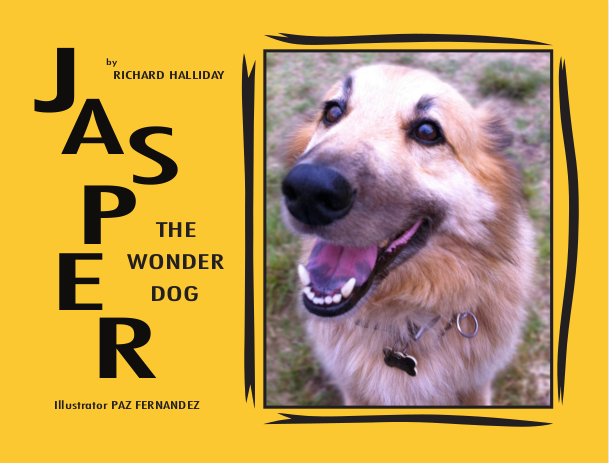 Rancho Palos Verdes, CA, 16th September 2022, ZEXPRWIRE, Dogs are the most adopted pets in the world. From small puppies to bigger dogs, all dog breeds are loved by dog lovers. Dog owners treat their dogs like their children or family. Pet spending has been in billions in the past couple of years. People love pets, especially dogs, because they can spoil them and have a best friend who makes them happy. For many dog owners, their dog is truly their best friend.

Richard Halliday is the author of Jasper: The Wonder Dog. In this book, he shows his dog’s life. Jasper’s life was filled with travels and adventures. He was Richard’s best friend, and this book is an ode to Jasper by Richard.

“When I first started writing this book, Jasper was still here with me. He was my best friend, my child, my companion, and my travel partner other than my wife. He left us, and then I decided to tell Jasper’s story from his perspective. I have always thought about him from my point of view. People prefer readings books from their point of view. However, a dog is one of those animals who feel emotions and has empathy. So this book is about life shown through Jasper’s eyes.

Richard Halliday has shown us how Jasper was his best friend.

For more information about Richard Halliday and buying this book, read below.

Richard Halliday is the author of Jasper: The Wonder Dog. He has a BA in English Literature and Creative Writing. He lives in Rancho Palos Verdes, CA. He has now retired and is enjoying life with his wife, Sherill, and his pets, Bella, a new pup, and Shadow, a small kitten. He wrote this book about his rescued dog, who died and lived a great life filled with travels and adventures.