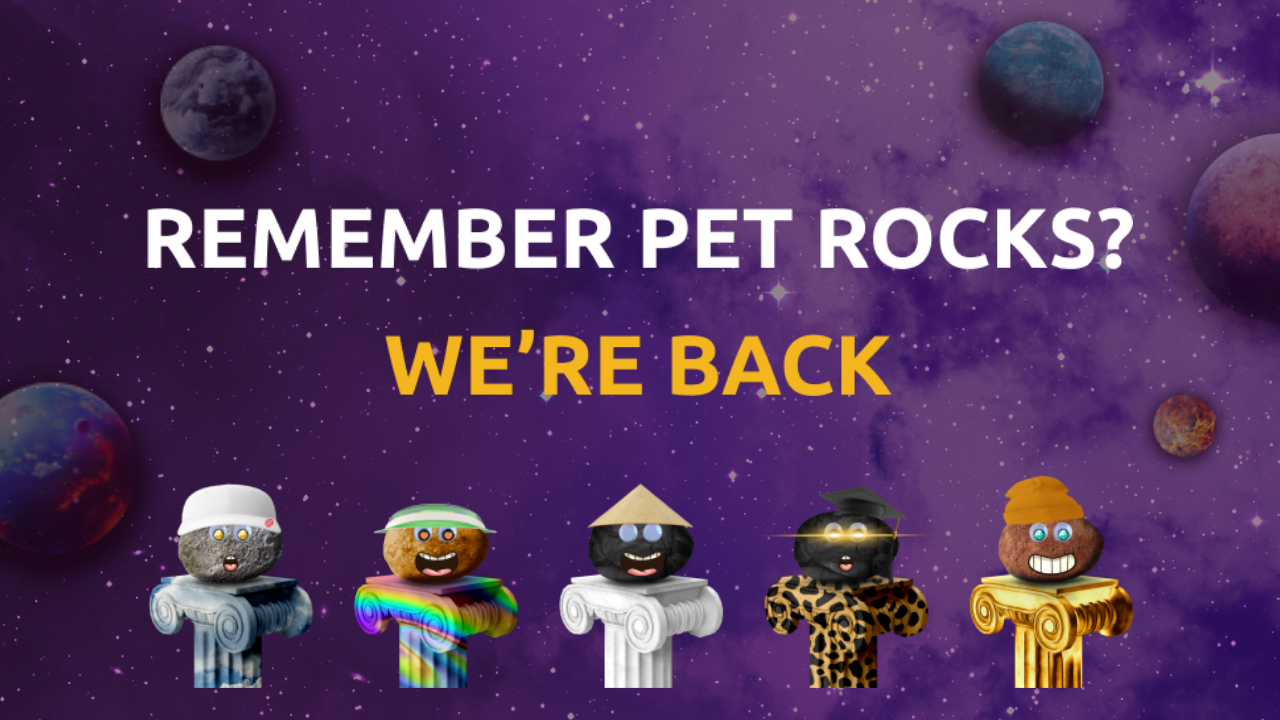 Tampa, FL, 20th Dec 2021, ZEXPRWIRE, Nostalgia drives some of the happiest and saddest moments in our lives. Think about the last time someone mentioned a reference from a cartoon you grew up watching as a kid and the emotion that followed. Replicating this nostalgic feel is what led to the inspiration behind Rock Pals NFT. The virality of pet rocks surged in 1975 when the inventor, Gary Dahl, became an overnight success off this ingenious concept of a rock with googly-eyes nestled within a box with holes designed to let the rock breathe – like a pet. Rock Pals NFT made it their mission to beat the odds and style their art in a non-traditional fashion.

Rock Pals NFT goes far beyond the art and seeks to provide numerous forms of utility to their holders. One of Rock Pals biggest selling points is the future implementation of their $PEBBLES token which will provide passive income to all holders. This token will become a key asset to the rest of the hidden gems the project has in store. From merch store perks, access to -The Big Bang- which will occur in Phase 4 of their roadmap, and swapping $PEBBLES for other tokens; this project is deeper then it’s arts appearance.

The Rock Pals NFT collection will have 9,999 unique pieces called Rock Pals, priced to sell at just .05 ETH for an individual mint. Rock Pals is a collection of smirk-faced, styled out googly eye rocks on the Ethereum Blockchain. Just like art, NFT owners want to display their rare collectibles so the team placed Rocks on podiums. With possible attributes like red velvet rope & studio lighting, your NFTs become more than a pfp.

Timing has been the team’s biggest obstacle. With the original launch planned for mid-December, they soon realized that to make their drop as seamless and cost effective for their supporters, the executive decision of launching January 12th was decided on. To make up for this, the team had also added a pre-sale date of January 10th, which not only provides a guaranteed early access NFT, but also decreased mint prices.

The team is composed of three best friends who knew the rat race of working for someone would lead them down an unfulfilling life. Crypto was no new concept to the team, but NFTs became intriguing to each of them, and they combined all efforts to kickstart the project. Each member had their own skills to bring to the table ranging from marketing to coding. When brainstorming ideas for the roadmap, the question of “why rocks?” came up and through multiple layers of questioning, the answer became clear that they would focus charitable efforts around our biggest rock, Planet Earth. From the team’s perspective, this project won’t be complete until they are able to bring a lasting impact to their community and environment.