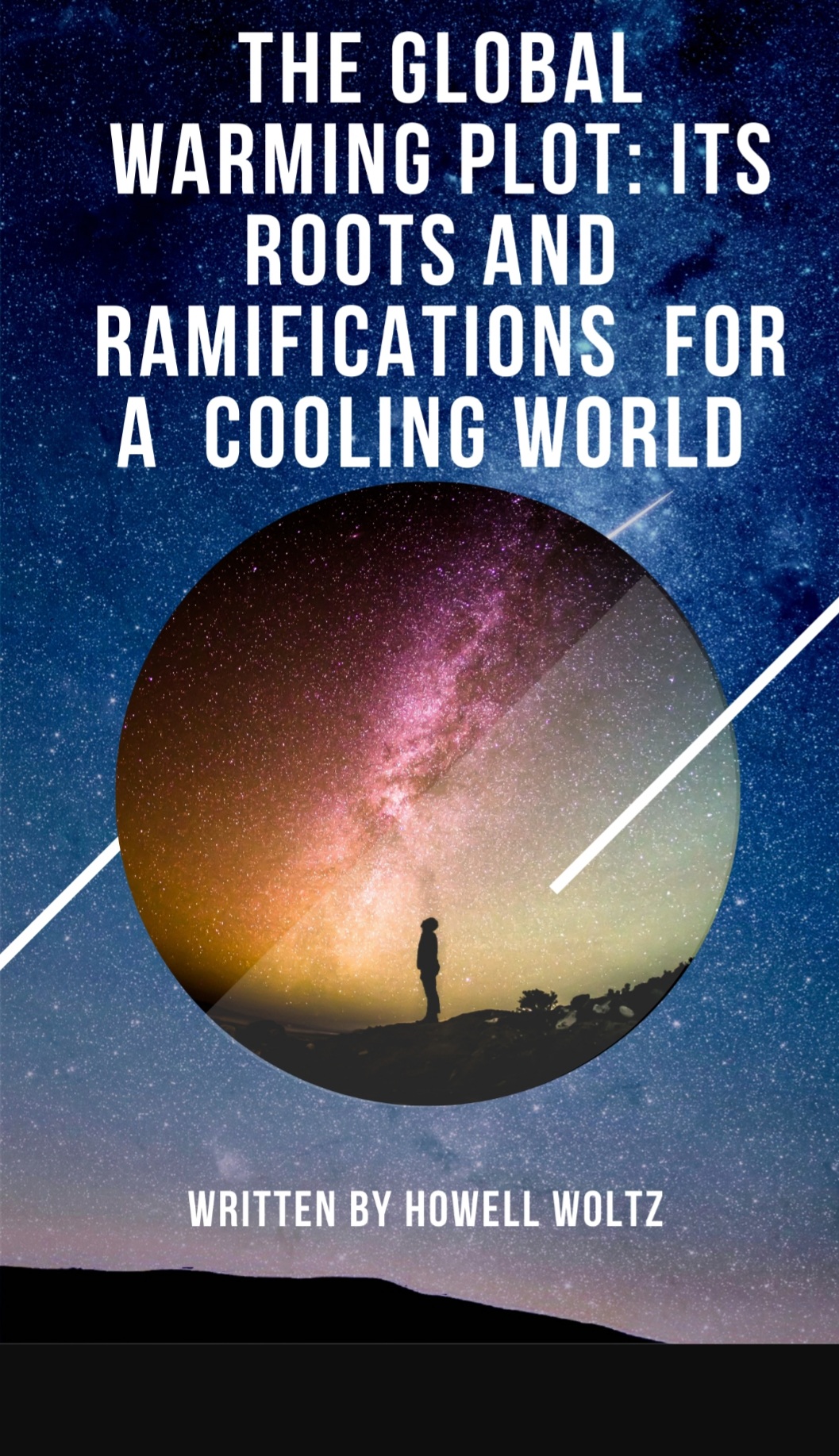 Bukowińska, Poland, 25 June 2021, ZEXPRWIRE, Over fifty years ago, The Global Warming Plot was invented as a means to scare humanity into submission—and unfortunately, it’s working just as they planned. In this new book, Howell Woltz reveals how the plot came to be while sharing tips on how the world should approach global warming

A new book by Howell Woltz titled “The Global Warming Plot: Its Roots and Ramifications for a Cooling World” is now available in Kindle and Paperback versions on Amazon. The book exposes facts about the Global warming plot and recent changes in the world’s climate, which have been shielded from the general public.

According to Howell Woltz, the book “The Global Warming Plot: Its Roots and Ramifications for a Cooling World” is a true story that is part thriller, part horror, but 100 percent based on science and facts. Howell explains how global temperatures dropped more in two years between 2016 and 2018 than in a century, yet was never reported. He also reveals how coastal cities, which were predicted would be subsumed by rising oceans, became the real estate hub for wealthy persons.

As they read through the pages of Howell’s new book, readers will find how the Global Warming Plot was not so true after all and how the climate is the reverse of several projections by meteorologists and people in government.  “The Global Warming Plot: Its Roots and Ramifications for a Cooling World” is Howell’s eighth book, and it is a must-read for persons interested in learning about the science behind global warming, climatology, environmental science, and the global warming hoax.

Howell Woltz’s first book, “Justice Denied,” sold over fifty million copies and is still in print. Sequel to his first book, Howell released another titled “Justice Restored,” which became a bestseller in its category on Amazon. These books and Howell’s recent book, “The Global Warming Plot: Its Roots and Ramifications for a Cooling World,” are available on Amazon.

To download “The Global Warming Plot: Its Roots and Ramifications for a Cooling World,” please visit https://www.amazon.com/Global-Warming-Plot-ramifications-cooling-ebook/dp/B097D1V6LT/ref=sr_1_1?dchild=1&keywords=howell+woltz+global&qid=1624408308&sr=8-1.

Howell Woltz is an American journalist and author living in Warsaw, Poland. He graduated from The University of Virginia with a degree in Economics in 1975, followed by graduate studies at Wake Forest University (Executive MBA Program), Caledonian University in Glasgow, Scotland (Captive Insurance); and The University of Warsaw (Polish language and culture).

Starting as a journalist in 1976 after college, writing a syndicated column, The Conservative View, is Howell’s eighth book. He is now a regular writer for The Richardson Post, based in Australia. Howell is also the Chairman of The International Centre for Justice in Warsaw, a policy think-tank on issues regarding the corrosive effects of Progressivism and the dangers of the Islamification of Western nations.