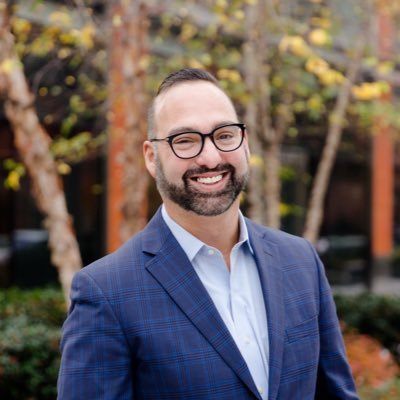 Washington DC, US, 31st October 2022, ZEXPRWIRE, CEO of Enquire AI, Cenk Sidar, was interviewed in Disrupt Magazine where he discussed non-fungible tokens, web 3.0, and the future of work. Mr. Sidar, who is one of the industry leaders in artificial intelligence and the future of work, talked about some of the exciting evolutions that are coming to the web. Regarding the future of the web and a move towards decentralization and away from traditional web models, Cenk Sidar said, “This will bring about a more collaborative and open web, where users will have more control over their data. We are already seeing the beginnings of this with projects such as the decentralized web initiative and Blockstack. It is still early days, but web 3.0 has the potential to create a more open and accessible web for everyone.”

Mr. Sidar continued: “One of the main goals of web 3.0 is to give users more control over their data. Currently, many centralised services such as Facebook and Google hold a huge amount of personal data about their users. This gives them a lot of power over those users, and it also creates a risk of that data being leaked or stolen. With a decentralised web, users would be able to store their data on their own devices or on decentralised servers, which would greatly reduce the risk of data breaches.”

He then added: “Another goal of web 3.0 is to create a more open and collaborative web. Currently, the web is mostly controlled by a few large companies, such as Google and Facebook. These companies often control what content is seen by users, and they can also censor or remove content that they don’t like. With a decentralised web, there would be no central authority controlling what content is seen, which would allow for a much more open and collaborative web. Web 3.0 is still in its early stages, and it will take some time for it to reach its full potential. However, the goals of web 3.0 are very ambitious, and if it succeeds, it could create a better web for everyone.”

Non fungible tokens (NFTs) are a key part of web 3.0, and will enable a new level of digital ownership and exchange. Cenk Sidar described the role of NFTs in a decentralized internet: “NFTs will enable a whole new level of digital ownership and exchange, as they are unique and not interchangeable. This will have a huge impact on the way we use the internet and could potentially revolutionize many industries. For example, NFTs could be used to represent ownership of digital art, music, or even real estate. They could also be used to create new types of loyalty programs or store value in a more efficient way. The possibilities are endless, and it’s likely that we will see many more use cases for NFTs in the future. Web 3.0 is still in its early stages, but it’s clear that NFTs will play a big role in shaping the way we use the internet in the years to come. NFTs have already begun to change digital ownership as we know it. By being unique and not interchangeable, they create a new level of value that can be placed on digital assets. This has wide-ranging implications for how we use the internet, from store value to loyalty programs. The possibilities are endless and it will be interesting to see how NFTs develop in the coming years.”

The future of work is moving towards more flexibility and customization, enabled by technologies like AI and NFTs.

Cenk Sidar explained: “The future of work is moving towards more flexibility and customization, enabled by technologies like AI and NFTs. This will allow people to have more control over their work lives, and choose exactly how they want to work. For example, someone may choose to freelance for a few hours each day, or they may opt to work from home full-time. There will also be more opportunities for people to create their own jobs and be their own boss. With the right technology in place, the future of work looks very bright indeed.”

Cenk Sidar is a proponent of Web3 and the future of work. He is the co-founder and CEO of Enquire AI, a platform for next-generation insights that offers the world’s top businesses an AI-powered platform to tap into global subject-matter experts instantly. He also contributes to NextWave DAO, an organization that uses community gatherings, in-person panels, and a networking platform to connect Web2 and Web3. At the American-Turkish Council, Mr. Sidar started his professional career more than 15 years ago as the Director of Infrastructure, Energy, and Defense Programs. From there, he moved on to ConStrat before creating Sidar Global Advisors, where he served as CEO from the company’s founding in 2010 until the end of 2017, counting among their clients companies such as Microsoft, Kinross Gold Corporation, Hilton Worldwide, and the US Chamber of Commerce.

Additionally, Cenk Sidar acts as an angel investor in businesses including DAOBnB, Voscreen, Kapsul Media, and a few others. The Wall Street Journal, Forbes, New York Times, and other international publications have all featured him. He routinely presents at conferences all around the world on topics including Web3, knowledge sharing, AI and human relationships, and the future of employment.  Sidar has contributed to top publications and media outlets, including the Wall Street Journal, New York Times, CNBC, Bloomberg, Foreign Policy, CCTV, and Al Jazeera, as well as been interviewed by them. Additionally, he has spoken before crowds all over the world at venues like the UK House of Commons, Cornell, Tufts, Johns Hopkins (SAIS), and CFR.

Cenk Sidar was chosen in 2012 by the Diplomatic Courier and the Young Foreign Policy Professionals as one of the top 99 foreign policy leaders under the age of 33 in the globe. He belongs to the Atlantic Council, Turkish Social Democracy Foundation (SODEV), Atlantik-Brucke e. V., European Young Leaders Program, Jean Monnet Program, Project Interchange Alumni, and American Academy of Achievement. He is also a member of the Johns Hopkins University SAIS Advisory Council. He speaks German and English fluently.