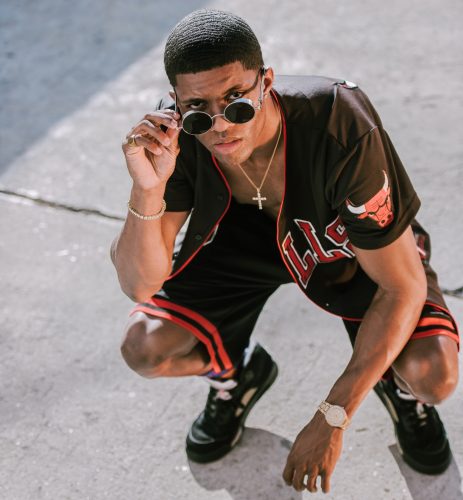 Los Angeles, CA, 9th Oct 2020, ZEXPRWIRE, EL-JAY unleashed a new EP project “Playgroundz”, and you are going to be ready to vibe with his transformation (Music/Vocals) from his Freshman Project to his newly released Sophomore Project. Cutting edge tracks from up & coming producers – Smash, Executive Producer, and AYO SK, Co-Producer, Tyrone Diggs mixed/mastered project, an awesome writer, and part of Starz Music Group Production Team. Which EL-JAY Is the owner/CEO of STARZ MUSIC GROUP RECORD LABEL.

EL-JAY’s new EP Project Playgroundz just debut on the ITunes Top 50 R&B Charts, and is continuing to climb! Prepare to enjoy the wonderful seven (7) songs. EL-JAY has teamed up with “LA Buck”, his new manager, which is known as a major “Powerhouse” name. EL-JAY’s recently released single, “Slow Wind”, is going to take your breath away; music produced by @Mixedbyreplxy (available on iTunes) and music video will be live on his Vevo channel OCTOBER 9th . Which Chris Jackson aka @moneyshotchris directed the amazing visual. EL-JAY has been working behind the scenes as an actor, who appeared in the film “Never Heard”, directed by Josh Webber. Multi-talented Artist will be looking to participate in more films, as he just got picked up for a new tv show that will be hitting different networks. EL-JAY new EP project Playgroundz hit #8 on the USA iTunes Charts for R&B and top albums.

EL-JAY is still in the studio preparing for another release in 2021. Also a major collab is on the way with EL-JAY and his manager LA BUCK. If you are looking for a new artist that will entertain at the highest level, you must join the fans that are following him. You can follow him on Instagram @therealeljay with his 1.1 million followers. And subscribe to his YouTube channel therealeljaytv . Let’s go! Join the movement!