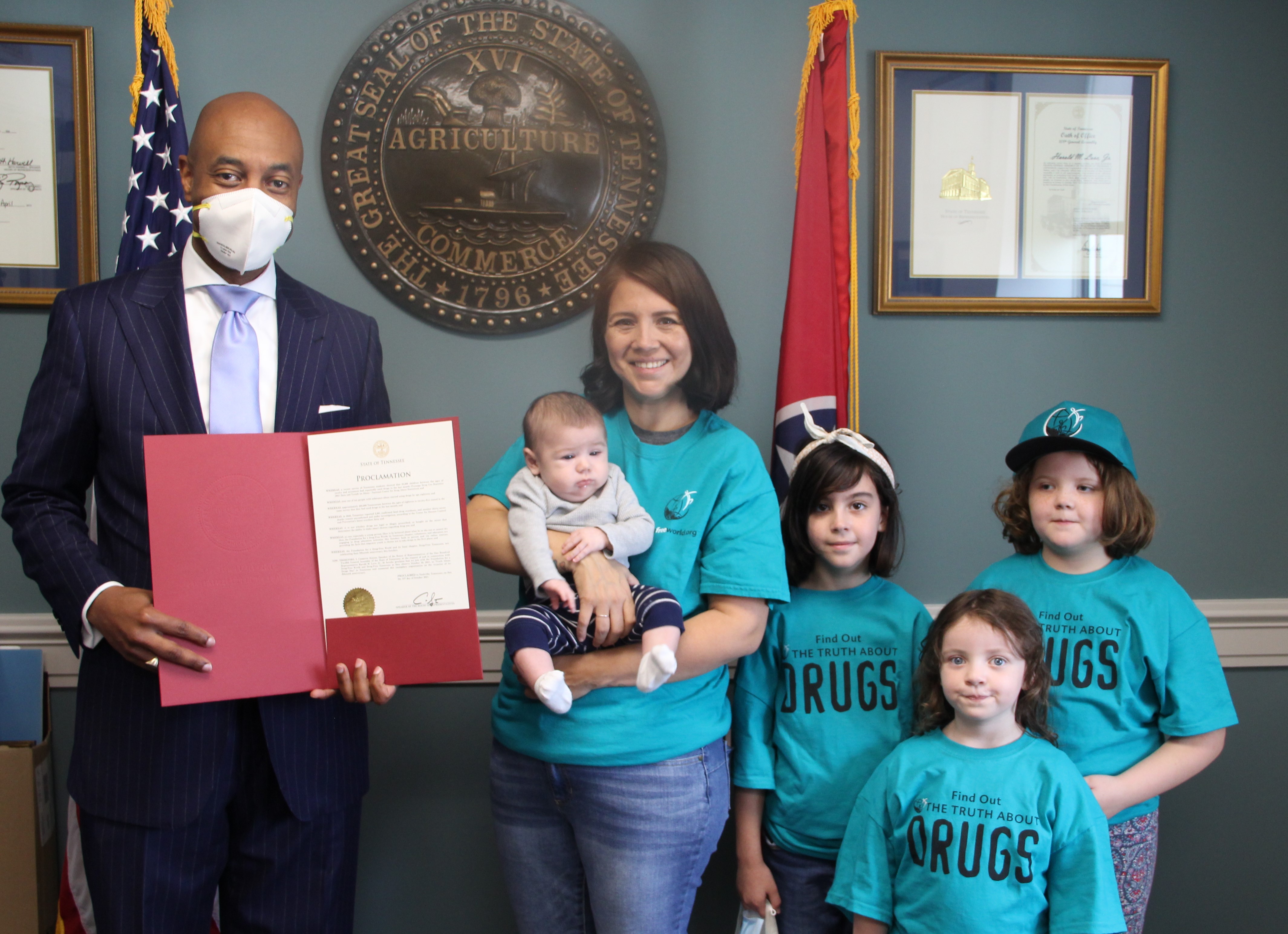 Drug-Free Tennessee, the local chapter of the Foundation for a Drug-Free World, is promoting drug awareness and education for Red Ribbon Week.

Tennessee, US, 9th September 2022, ZEXPRWIRE, Drug-Free Tennessee in partnership with the Church of Scientology Nashville is holding several drug prevention and educational events during Red Ribbon Week, a national initiative to promote drug prevention and awareness.

Tennessee consistently ranks in the top five US states in terms of substance abuse rates, according to a report from lakeviewhealth.com. The website further describes that despite the rise in opioid addictions, alcohol abuse statistics have remained stable, so alcohol is still the most commonly abused substance in Tennessee. In fact, more than 60 percent of patients who enter state drug treatment programs seek treatment for alcohol addiction and about 1 in 20 Tennessee residents abused or were dependent on alcohol in 2016. The website describes opioid abuse, specifically pointing out that oxycodone and hydrocodone are the most commonly abused of painkillers. Although physicians legally prescribe them, these medications often end up on the black market, which has led to a surge in drug related crimes in Tennessee. Opioid overdoses have become so widespread that the Tennessee General Assembly has permitted pharmacies to carry naloxone, a medication used to negate the effects of an opioid overdose until the patient receives professional treatment.

To protect youth from the disastrous effects of abusing these and other drugs, Drug-Free Tennessee teams up with community partners to bring the truth about drugs to young people during Red Ribbon Week.

“We have an immediate task ahead of us: get the drug overdoses going downward,” says Julie Brinker, an ambassador for the organization, “Nashville has seen an increase every year in overdoses since 2018 and it’s time to get this turned around.”

Red Ribbon Week is a week-long celebration at the end of October to promote a drug-free lifestyle. The Red Ribbon has been worn as a symbol since 1985 when DEA Agent Enrique “Kiki” Camarena was murdered. Angered parents and youth in communities across the country began wearing Red Ribbons to show their commitment to raise awareness of the killing and destruction caused by drugs in America.

Volunteers will join with Drug-Free Tennessee for educational events and to distribute copies of The Truth About Drugs, a booklet that helps young people understand what drugs are and how they affect the user. Additionally, DFT is holding an event to promote a drug-free lifestyle.

Drug-Free Tennessee is the local chapter of the Foundation for a Drug-Free World, an international non-profit organization. Its materials demonstrate the dangers of drugs through factual information and interviews with former addicts giving personal perspectives on each of the substances covered. For more information on the Truth About Drugs, visit drugfreeworld.org or drugfreetn.org.