Meet the Melbourne YouTubing teen who just bought a Mercedes

Victoria, AU, 16 Oct 2021, ZEXPRWIRE, A Melbourne teenager who dropped out of engineering school and gave up his part-time job to make YouTube videos has just bought a Mercedes. Don Manul still lives at home, but is earning so much producing clips for the online video platform he’s making more money than his parents. “I started doing YouTube just for fun,” he says. “I wasn’t thinking this was going to be my career.” The 20-year-old’s success dates back to September last year, when he posted a

At the time, Don had been YouTubing for just a few months, had just 80 subscribers on his channel and was considering other career options.But the video quickly found an audience, sending his YouTube career into the stratosphere. “It took me four months to get 80 [subscribers] and, a week later, I had 1500,” he says. “It changed my entire life path.” 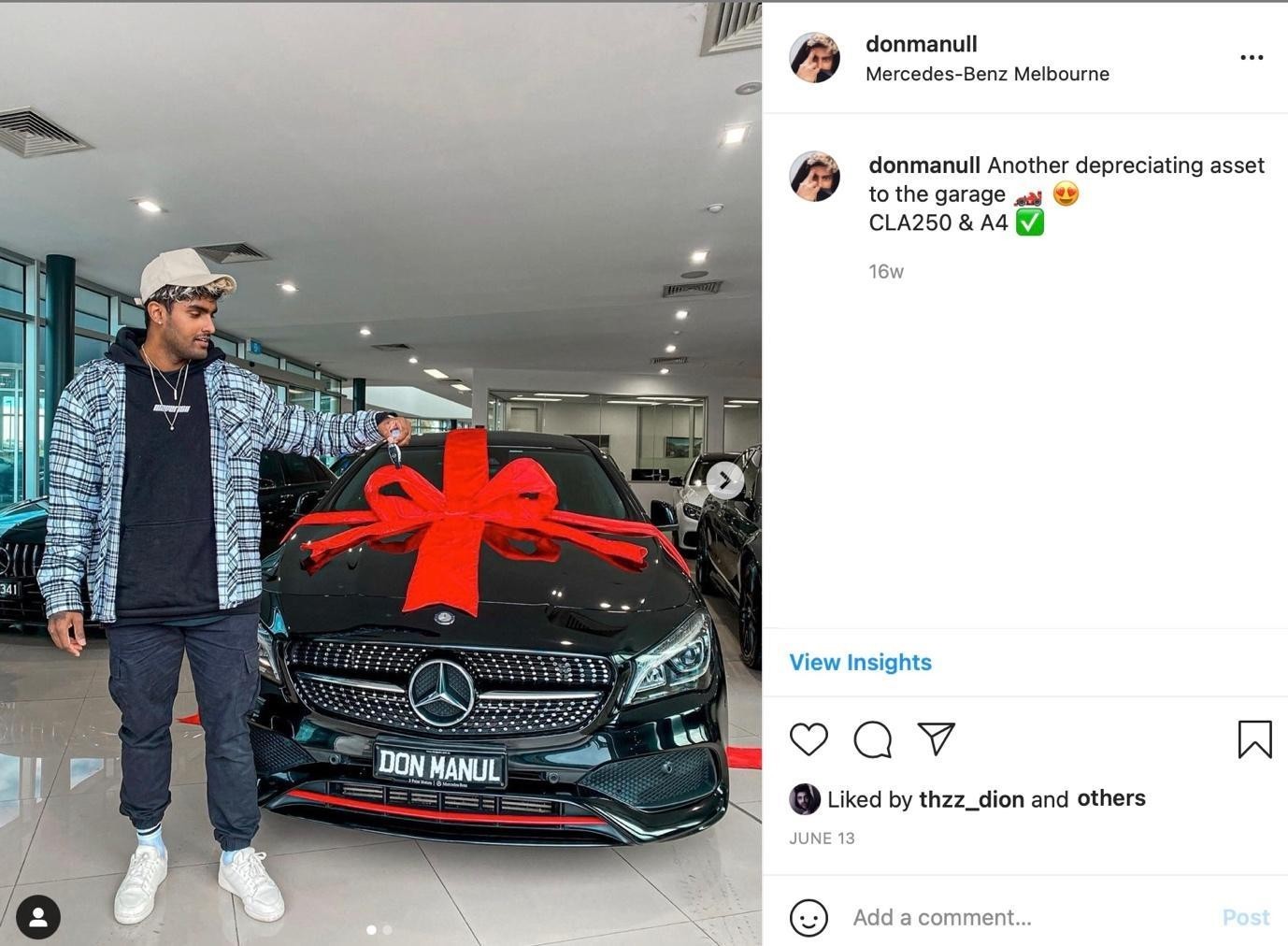 YouTubing is a far cry from Don’s initial career options when he left school as a high achiever in maths and physics at the end of 2018. “He started engineering school, came home after a day, and went, ‘I don’t want to do that’,” mother says. “Then he said he wanted to be a YouTuber. I didn’t even know what YouTube was. I said, ‘What? No you can’t do that Manul, no-one makes their career that, it’s not a proper job’.” Despite their hesitation, Don’s parents gave him a three-month ultimatum to make YouTubing work, or he’d have to find proper employment.

initially, his videos only got a handful of views, including repeat clicks from his mum.

“I just loved it, I didn’t think it would work out as a job so I… kept doing it for fun,” Don says. While he filmed, Don kept his options open, moving furniture part-time, enrolling in Police college and considering film school. Once his Hydro Dipping Videos went viral, he was forced to give all of those up. Don was able to start playing ads on his videos, which he is paid about 40 percent of the revenue, with monthly deposits made into his bank account.

Each of his clips get hundreds of thousands of views, with many of his viewers coming from America and Europe. His channel has become so popular Don gets recognised by fans when he visits his local mall. And now that YouTubing has become his full-time career, Don treats it like a job. He uses the time his family – mum , dad and sister– are out during the day to work.

He spends four days on each of his videos, two on coming up with a concept, a day filming and then a day editing. “The concept is the part that takes the longest. Usually the fourth day is hectic – a lot of feeling unproductive, trying to get inspiration, that’s the hard part. You think of something, ‘Oh that would be a funny joke, I could do this’. It blossoms into an idea pretty quick.” Don says he tries to choose subjects that he hasn’t seen other YouTubers cover.

“I had a lot of people saying [that] I need to branch out into a niche, something that would build an audience,” he says. “I just like doing random stuff and it seems that other people do as well.”

“It’s a different world now. The stuff kids do now is so different from what we did. I guess you’ve just got to deal with it. Crikey, he’s doing better than I am and I’ve been working for years.” But when it came to the Mercedes, a black CLA250 which retails for $70,000, Don’s mother admits she and her husband needed a little persuading. “I said, ‘Manul, buying a Mercedes is the most stupid idea in the world. Buy a house’. But it’s his dream. He’s always talked about it.”

Owning a Mercedes and becoming a full-time YouTuber were Don’s first goals, but now he’s added one more to his list: moving into his own place. “I’d like to,” he admits. “But the car set me back a bit.”