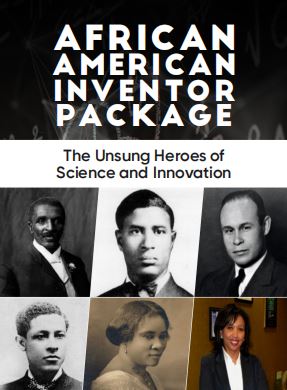 Author Philip Franklin holds the American historians responsible for sweeping the monumental scientific contributions and inventions of Black Americans under the rug.

Georgia, US, 2nd November 2022, ZEXPRWIRE, Author Philip Franklin has released his new book, “African American Inventor Package: The Unsung Heroes of Science and Innovation,” to promote the invaluable contribution of Black Americans. With the help of Beneficial Content, LLC, Philip hopes to inspire creativity in the younger generation by giving them the much-needed representation in STEM. This is especially important when development and wealth accumulation has become the African-American community’s central focus.

Part-time entrepreneur and full-time telecommunication employee Philip Franklin is a man of faith with a passion for reading. His knowledge-seeking attributes and creative pursuits have led him on a journey to discover startling truths about American history. He realized the discrepancies in the widely accepted American narrative and decided to challenge them in his book.

Philip presents a meticulous account of the African American scientists and inventors in his book, hoping to celebrate a historically ostracized community’s intellectual marvels. The book sets the record straight on African-American accomplishments and their contribution to American advancement and success. The landscape of American innovation is barren without these African-American heroes who were never given credit for their achievements.

As an agency, Beneficial Content has always been keen on boosting unique voices and celebrating the diversity of American culture. Their partnership with Philip Franklin bridges the gap between reality and what is documented as American history.

In a world that has characteristically normalized social injustice against marginalized communities, “African American Inventor Package: The Unsung Heroes of Science and Innovation” lays bare the rotten roots of American history. The collective disregard for the contributions of African-American scientists and inventors has done a great disservice to the community’s younger generation. It has shaken their confidence in their talents and has robbed them of their rightful representation.

“The African American Inventor Package: The Unsung Heroes of Science and Innovation” is now available on Amazon in digital and physical formats.

You can connect with the author on his website: https://beneficialcontent.com/