The Salas Family Announces the Passing of Steve Salas

California, US, 13th Feb 2022, ZEXPRWIRE, The music world, especially lovers of Chicano music, woke up on February 10 to the sad news that Steve Salas, a former El Chicano member and co-founder of the legendary music band, Tierra, passed away in the early hours of the morning. Steve is famous for creating beautiful memories for music lovers worldwide alongside his brother Rudy Salas. The duo created the soundtrack for millions of people lives through Tierra. 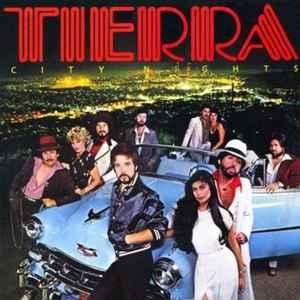 “It’s hard to find the words to express our deep sadness right now but the Salas family would like to let you know that Steve Salas passed away early on the morning of February 10th. Our beloved Steve had been battling cancer for 2 years now and Covid for the past week. Steve now joins his brother Rudy Salas who also passed due to Covid over a year ago. Steve and Rudy created the soundtrack for many people’s lives and we are so grateful to everyone who loved their music. The Salas Brothers left an indelible mark on the history of Chicano music with Tierra. Their music is celebrated by millions around the world. Anyone who has ever spent time with Steve knows how bright his light shined. We truly appreciate all of the love and support as we move through this time of grief in losing such an inspiring artist and beautiful man. Any questions and information in regards to services can be directed to www.tierramusic.com” – The Salas/Brambila Family.

Rudy and Steve Salas were the brains and co-founders behind Tierra, an American Latin R&B band first established in 1972. Tierra released their self-titled debut album in 1973 on Brown Bag/20th Century, announcing themselves to the world with a cultural mix of latin, jazz, fusion and rock.  In the 80’s, the group gained international fame, thanks to the remake of The Intruders’ 1967 hit “Together”, which reached No. 18 on the Billboard Hot 100, and No. 9 on the US Billboard R&B chart. Other national hits include “Memories” (#62), “Gonna Find Her” (#51), “Hidden Tears” #61 and the remake of “La La Means I love you” (#33). Tierra has performed in prestigious shows and venues such as Carnegie Hall, The American Music Awards, American Bandstand, and The Dorothy Chandler Pavilion. Their influence on the Latin/R&B music is still prominent in today’s music.

Steve Salas will undoubtedly be remembered for his captivating performances on stage as well as his powerful sultry vocals that connected in a deep intimate way his listeners.

For more information about the works of Steve and the Tierra Music family, visit tierramusic.com. Tierra’s music can also be found on major streaming platforms, including Spotify and Pandora.