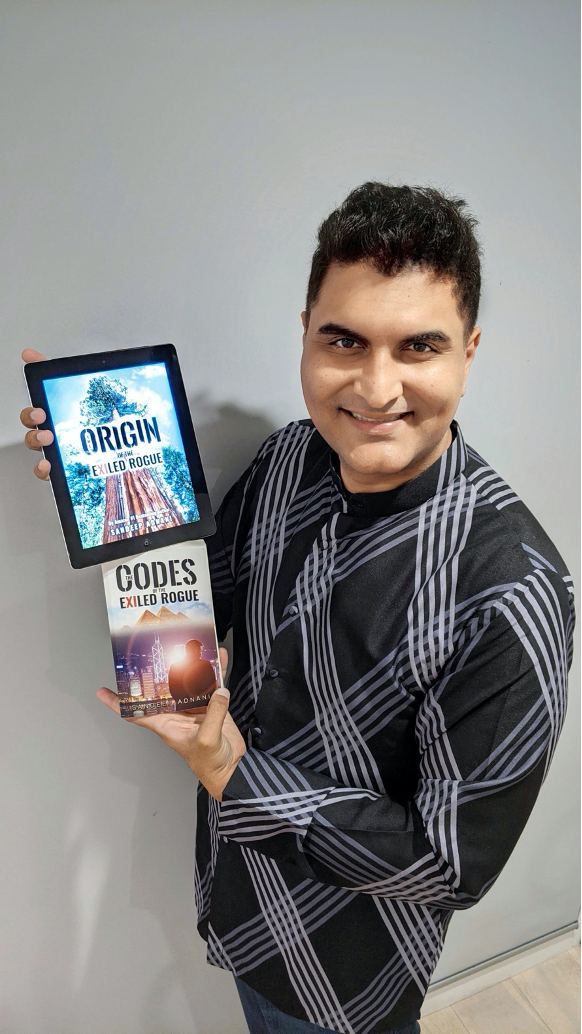 Melbourne, Oct 19, 2020, ZEXPRWIRE, Sandeep Adnani, best-selling author of The Codes of the Exiled Rogue, recently announced the release of the second installment in his breakout series, The Origin of the Exiled Rogue. Adnani was inspired to write by his lifelong passion for storytelling and a promise he made to himself in ninth grade. The idea behind the series came to Adnani in a sudden burst of inspiration. He released The Codes of the Exiled Rogue in December 2019 to great acclaim. Both books debuted as instant best-sellers in multiple Amazon categories.

The Codes of the Exiled Rogue follows Tristan, Aurora, and Sid in the year 2039 as they seek to unravel the secrets of their reality. After receiving a mysterious note inviting them to a clandestine meeting, the three companions embark on a journey to discover the source of their discontent. Each of them knows that there must be more to their world, but they cannot see far enough along their respective paths to distinguish tricks from truth. Meanwhile, the Host is watching.

After a stunning conclusion to the first novel, The Origin of the Exiled Rogue transports the audience back to 1939 and a century later to Hong Kong Island. As Tristan, Aurora, and Sid grapple with shocking revelations about The Host, they must also come to understand their roles in a reality that is far different than they ever expected. With battle lines drawn and the stakes rising, the trio must decide where they fit in history and in time itself.

Fans of Paulo Coelho, Rea Nolan Martin, and Dan Brown will love Adnani’s riddles, existential themes, and masterful use of suspense. The Codes of the Exiled Rogue series is perfect for a variety of ages, including both young adult and older readers. Adnani draws on his life experiences to craft well-rounded, relatable characters. Reviewers hail Adnani’s work as “impressive” and “a fine mixture of adventure and philosophy.”

Sandeep Adnani is a best-selling author and mental health counselor with a passion for metaphysical and transformational fiction. He currently lives and writes in Melbourne. Adnani can be found online at sandeepadnani.home.blog or on Twitter @sandeep_adnani.